But how much of this is just plain bravado and how much part of a growing tendency to go on the path of extreme violence? The exploitation of emotion is not something to be done lightly. In fact, this is exactly how Adolf Hitler gained his reputation and won elections: through carefully staged propaganda delivered with great pathos.

Some of these issues fueled a rich discussion at a two-day RAN Youth* meeting held in April this year at the Facebook headquarters in Madrid attended by young people, educators, media and communication experts.

The need to make a distinction between ‘preventing’ and ‘countering’ appeared very soon in our debates. While a media campaign may prevent, countering is a different issue. While a media campaign could inform youth about the context of radical acts and its dangers or it could raise awareness among non-radicalised youth, it is hard to believe that an awareness campaign could turn already radicalised youth into moderate people.

Radicalisation is about strong beliefs and ideals and it happens in particular political, social and cultural contexts. Countering radicalisation has to take all these into consideration to work.

Further in this article I will also point out some other way that help youth learn about propaganda and radicalisation and cultivate critical thinking skills about media on a long term basis. It is not always a guarantee, but critical thinking skills do have an impact when we decide to believe others’ propaganda, to adhere or not to those strong beliefs and ideas that could turn us violent to the extreme.

What Does it Mean to be Radicalised?

Shouting in the street against the government (or, even more extreme, setting yourself on fire) can define the performers as radicalised persons. But can these acts be judged and treated in the same way we would judge a suicide bomber act to kill others?

Quang Duc, a Buddhist monk, burns himself to death on a Saigon street June 11, 1963 to protest alleged persecution of Buddhists by the South Vietnamese government. (AP Photo/Malcolm Browne) Source: Wikipedia.org

People can have radical ideas or do extreme acts but not necessarily being violent towards others. Only against themselves. Their reasons may be as noble as the Pope’s but with lesser agency. As the Pope can push his agenda without having to resort to radical acts to draw attention.

In March 1989, a few months before the fall of communism in Romania, Liviu Corneliu Babeș set himself on fire on the sky track of Poiana Brașov to protest against the communist regime in Romania. He was compared to Jan Palach, the student that set himself on fire in Wenceslas Square in Prague to protest against the soviet invasion of Czechoslovakia in 1968.

But there are people who are radicalised to perform extremely violent acts against humanity like the 9/11 terrorist attacks, the kidnapping of innocent people or the IRA attacks. The death of innocent people is regarded as side-casualty, a necessary bad.

To be radicalised can take different meanings and the strategies of preventing and countering radicalization should be customized to respect the realities of people’s lived experience.

Radicalisation and extreme violence are not only a security problem, but also a question of polarization in society. Extreme radicalisation is also an effect of social marginalization, economic issues and war. The effect of a growing culture of distrust that does not encourage empathy and solidarity among children, youth or adults.

Digital technology with its cultural and social implications (see social media use and role in promoting extreme violence and propaganda), if not approached in education, may deepen those problems.

How does propaganda work in the youth online extreme radicalisation? What realistic solutions could be offered with media and communication techniques and strategies?

Different media campaigns were presented or proposed during our meeting in Madrid. The main question to which all campaign ideas tried to respond to was: how to prevent young people taking action, become radicalised?

However good in their intention, some of the campaign ideas seemed to me pretty unrealistic to solve such a complex issue like youth radicalisation.

For example, in one proposal, an algorithmic solution to counter extremism (in partnership with Google Search) would redirect young users from extreme propaganda results towards more non-violent messages. Sort of a hijacking of violent propaganda content on Google Search, focused on Ads.

Firstly, we do not need to replace one authority with another. Communicators who wish to counter radicalization should always keep in mind a basic concept in media education “people interpret differently the same message.” When set to communicate to counter we need to keep in mind the context. Understand who is watching and why they get radicalised.

Secondly, before deciding if launching online counter messages is an effective measure to pursue to prevent radicalization, we should also understand how successful these radical messages have been in appealing to young people, like the case of the so-called pop-jihadi video materials.

We need to understand more about the methodology used to assess this success. The number of views only is not enough to conclude that people watching/listening to some sort of hip-hop in Arabic language are prone to radicalisation or get radicalised. As someone in the room said during the discussions, he personally had a friend who liked the melody and rhythm but had no idea what the message was about. The high number of views cannot be directly linked to the impact – the act of radicalisation. Different other social and cultural factors play their roles.

In her essay on Popjihadism, after mentioning some profiles of pop-jihadis in Western Europe, Barbara Franz focuses her account on the other factors that contribute to youth radicalisation like absence of necessary opportunities to integrate successfully into European society the second-generation immigrants of Muslim background, post conflict trauma and absence of fathers, economic and social outsiders, with many being underemployed or unemployed and some having criminal records at a very young age.

She actually acknowledges a German study which found that only 18 percent of jihadists were radicalised through online resources. “By far the most important variable for radicalisation of German youth is contact with imams and mosques (23 percent) and with friends who have gone off to fight in the jihad before them (30 percent)” (Franz, 2015).

She concludes her essay: “What all of this also indicates is that when young people with an immigrant background can develop behavioral strategies and identify orientations that allow them to live meaningful lives and reach their full potential, they will be less inclined to engage in jihadist adventures” (Franz, 2015).

When trying to find ways to prevent or counter propaganda that is believed to conduct to violent and extreme radicalization, this distinction is also good to keep in mind: different forms of propaganda work differently in different places and contexts, for different people with different degrees. Have a look at the Oxford Handbook for Propaganda Studies (2013) for more about this.

It happens when one tries to convince someone else that their strong beliefs are wrong. Some of the campaign ideas presented in the meeting were trying to do so without keeping this in mind. Well, the backfire effect concept is still to be treated with caution because of limited evidence and research (more details here and here) but its further investigation could be useful when preparing to use counter-narratives as solution to youth radicalisation.

A campaign idea in France was trying to bring together in a TV reality-show former radicals of different ethnic and religious backgrounds to engage in different instances of charity work. And this was supposed to have an impact on the viewers, potentially radicalised youth, to change their strong radical beliefs and start thinking that it would be better to switch to charity work than going radical. A naive idea from the outset. While it could reiterate further stereotypes about the participants in the TV show, most probably the targeted audience would simply ignore it or respond in opposite ways than intended by the show producers as strong beliefs would be challenged.

The campaign was just an idea that most probably will not be pursued.

They would learn how it works, how to analyze, evaluate and contextualize it. From there, students should build resilience and hopefully will take the right decisions when faced with propaganda and radical messages.

As professor Renee Hobbs said once: youth do not need to be protected from propaganda. They have to be given the opportunity to discuss and analyze propaganda so they can be able to recognize it and act according to their own conscience and reasoning. It is not easy task. Propaganda can be a sensitive topic and the teaching can be easily misunderstood.

With the MindOverMedia model, young people can learn how to recognize propaganda. Learning about propaganda creates opportunities for students to discuss and evaluate it. Propaganda uses over-simplified messages in order to trigger strong emotions and then extreme action.

The MindOverMedia educational tool invites teachers and students to learn to recognize propaganda in a reflexive and negotiated way. It takes into consideration the contemporary media realities in which we encounter propaganda and it does not focus on a unidirectional type of teaching. It is a more productive, contextualized and engaging way to teach and learn about radicalization and propaganda.

Acknowledgement: The author is grateful to Professor Renee Hobbs for her extremely useful insight on this material. 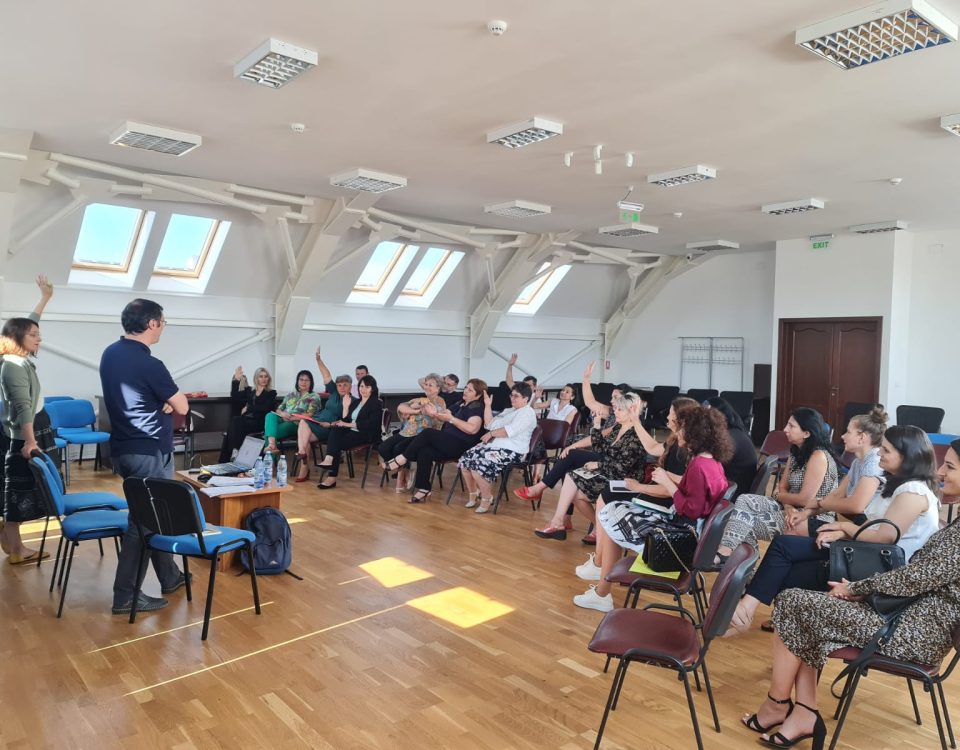 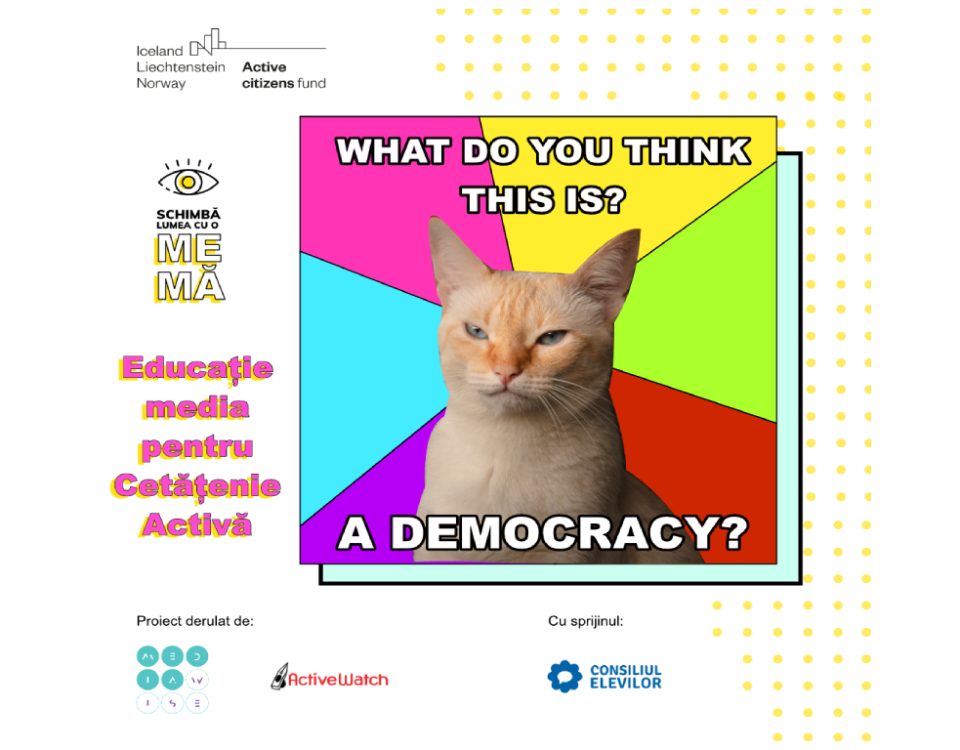 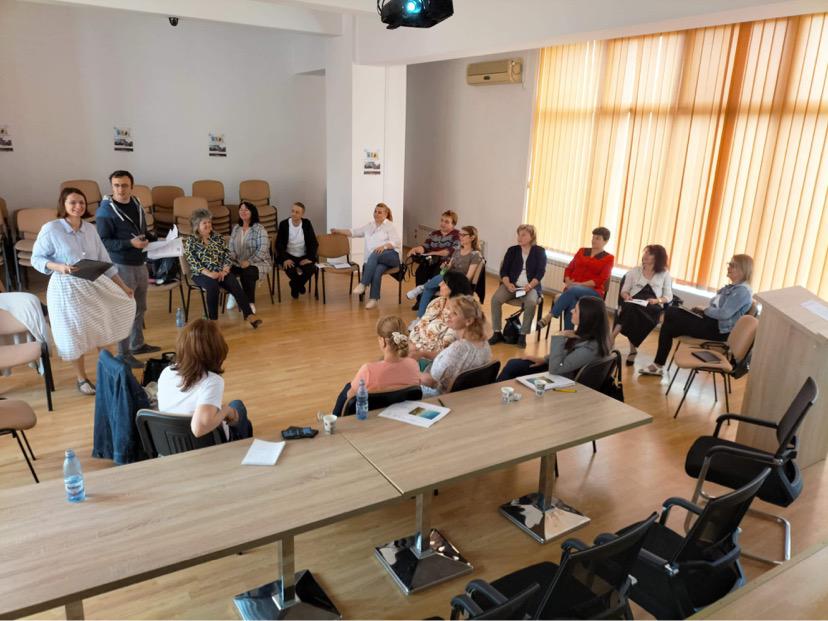